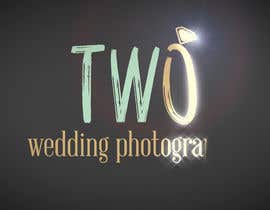 We have a logo designed already. We need it to be animated to serve as an intro for our videos and slide shows. We are two wedding photographers working under the name TWO Wedding Photography. Coincidentally our names are Tania and Olga which are first and last letters in the word TWO. My idea was that "T" appears first followed by "O" (leaving a gap for "W") then they are connected with "W". The letters can appear as being drawn let's say like letters are drawn on a board with a piece of chuck. Then a diamond appears on "O" with a sparkly sound. After that "Wedding Photography" appears underneath. Even though that's the idea I have, we are open to your ideas. I think the intro should be around 3 seconds long.

I am attaching some files. We like the dark background for the logo with "wedding photography" in white letters (top left version).